How to Stream Tabletop Games Like a Pro, Part 1:

Home/News/How to Stream Tabletop Games Like a Pro, Part 1:
Previous Next

How to Stream Tabletop Games Like a Pro, Part 1:

An Interview with Ryan Thompson of Fantasy Flight Games

Streaming tabletop games has been popular for years, but has undergone a surge of popularity during the COVID-19 quarantine. We’re not able to get our normal gaming groups together in person, many members of the community are out of work, and we’re all looking for a way to connect. Some of us are spending more time watching streams, others are using virtual tabletops to keep our groups together, and still others are taking the bold step of starting their own stream. So we went to many of the leading tabletop streamers out there and asked them for advice for aspiring streamers.

Our first interview is with Ryan Thompson of Asmodee North America and Fantasy Flight Games.

Carolina Game Tables [CGT]: First, tell our readers a little bit about yourself, for those who don’t know you.

Ryan Thompson: My name is Ryan and I am the Media Department Manager for Asmodee North America and Fantasy Flight Games. I am the person who makes the tutorial videos seen on FFG’s YouTube channel, and I am also the director of FFG Live on Twitch.

CGT: How long have you and Fantasy Flight been streaming?

Ryan Thompson: Fantasy Flight Games has a long history of live streaming our World Championship events, going all the way back to 2011 for our A Game of Thrones World Championship from that year. Since that time we have expanded to other events which naturally evolved into a twice a week live stream to show off our newest games, talk with the game devs, or just play a game and have a good time.

CGT: Why do you think streaming is such a phenomenon?

Ryan Thompson: I think streaming has become very popular due to the fact that the viewers can interact with “live television”. Live TV was always fun to watch because you never knew if there was going to be a mistake or how the actors would react in a live setting. But add in the addition of being able to talk with the people on the stream and now you have a bond with what you are watching. I think people like being able to interact with the people they are watching. It makes them feel a part of the action, in a way.

CGT: What do you think makes for a great streamed game?

Ryan Thompson: I think any game streamed can be great; dominoes, checkers, D&D, Twilight Imperium… if the players are having fun, smiling, engaging the chat audience, and generally just being themselves, then it will be awesome to watch. Looking at shows like Covenant Cast, Nerds of the West, and D&D’s YouTube channels have great content that is very different from each other, but all are just as fun to watch.

CGT: What do you need to decide before you start streaming?

Ryan Thompson: Getting started in streaming can be as easy as telling yourself that “today I start streaming”. Of course you need a platform to stream to, but places like Twitch and Picarto all offer free signups and you can use many free options for creating and broadcasting your streams. FFG currently uses Wirecast for FFGLive, but in my personal streaming I use OBS. There are so many resources online that you can google to find the answers to any streaming question.

CGT: What physical things do you need, other than a good table?

Ryan Thompson: The most important thing, to me, is the environment and the audio. Don’t sit in front of a blank wall; create an interesting background. Not only will it help be more visually interesting but by being away from the walls your audio will bounce less and have less of a “boom” or echo. And speaking of audio, if nothing else, invest in a good microphone. FFGLive uses Audio Technica shotgun microphones on set and Sennheiser lav mics when filming in different locations. Most people will accept lower quality video if the audio is good, but not the other way around.

I went to school for animation and film and specialize in motion graphic animation, so the live streaming process has been a learning curve of trial and error for me. I thought that more cameras meant more quality; it doesn’t. If the viewers can’t follow what is going on because of all your camera angles then your just fighting against yourself. One camera might be all you need for an RPG session. Two cameras (one wide shot of the players and one top down for the table) is all you really need to play a card or board game.

You also don’t need to spend money on lighting when you are first starting out. If you own table lamps in your house then you probably have enough lights to live stream with. Old school filmmaking often used the lights they had available and used items like bed sheets and wax paper to diffuse the light for the scene. Having dedicated lights is great, but it is not necessary when you first begin. Your main scene (your players) gets the most light, but don’t forget your background. Just a little bit of light will help keep your game as the point of focus while filling in your background. Just remember not to film in front of a window in the middle of the day; your camera will struggle with the backlighting.

CGT: What are the most common pitfalls for new streamers? What advice would you wish someone had given you as a new streamer?

CGT: When and where can our readers find your streams?

Ryan Thompson: FFG Live (when not in the middle of a pandemic) streams every Tuesday and Thursday at 1pm Central and we stream all things FFG; from the newest news and announcements, to showcasing and playing classic favorites of the FFG line of games.

CGT: Thank you, Ryan. We really appreciate your time and feedback and hope it’s useful to aspiring streamers.

Stay tuned, because this is just the first installment in our new series on how to livestream tabletop games. And don’t forget, we have the perfect table for aspiring streamers – our Streamer Game Table is shaped and set up for ideal camera angles while hiding wires and providing ample space for four players and a DM to all be in the same shot. If you’d like to learn more, email [email protected] to schedule a consultation.

Editor’s Note: Some answers have been edited for clarity and format.

About the Author: Matt Richardson 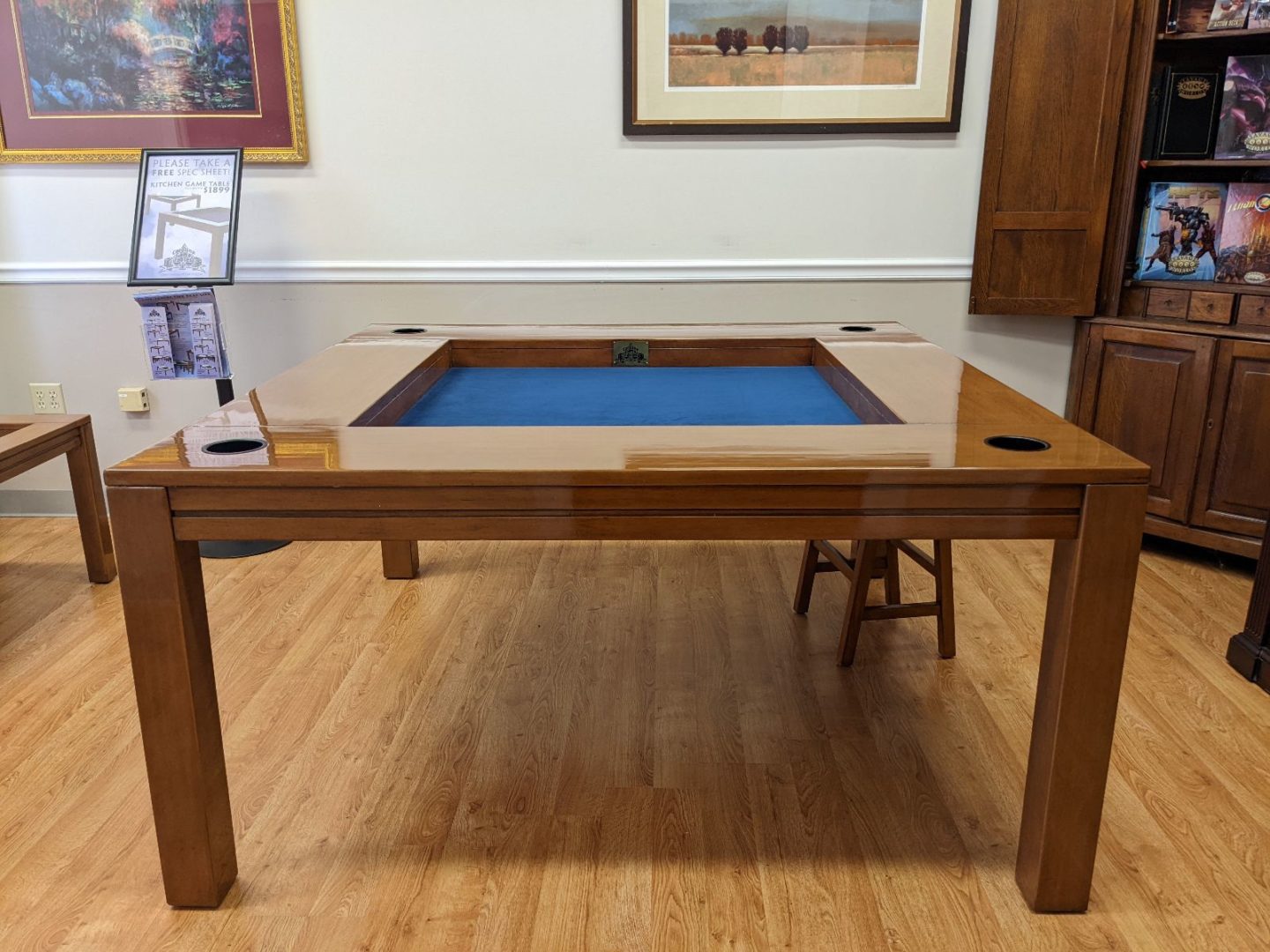 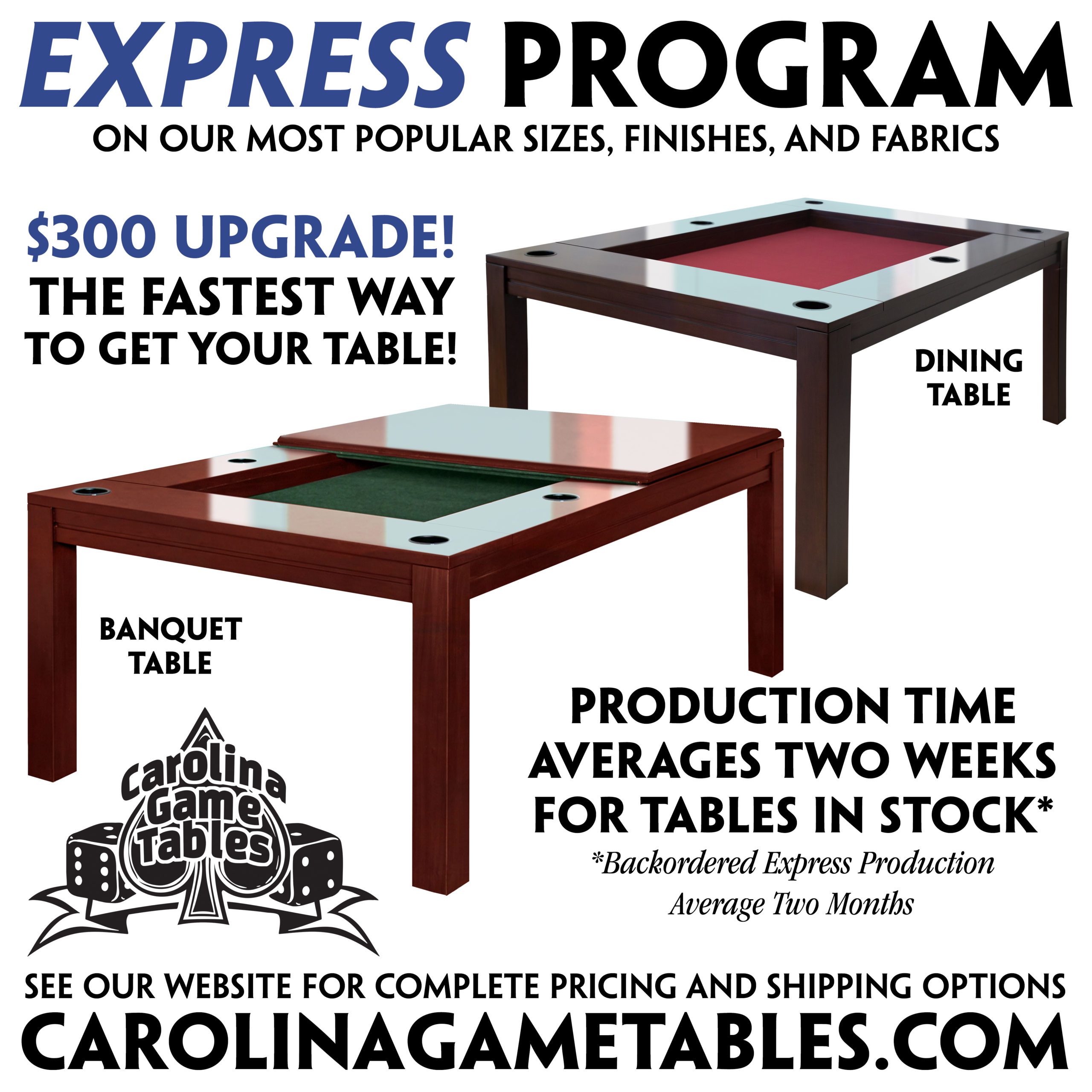